Paula Cardoso is the founder of Afrolink, a digital platform promoting the  representation and visibility of afro-descendants across all spheres of life  in Portugal. Paula is also the author of Força Africana, a series of children’s  books that advances the social inclusion of African and Afrodescendant  children growing up in Portugal by featuring characters that resemble  them. With nearly two decades of experience as a journalist in well established print news media both in Portugal (Visão, Sol) as well as in  Angola (Expansão, Agora and Novo Jornal), Paula is currently the host of  Black Excellence Talk Series, a talk show broadcast on Portuguese public  TV. In addition, she leads DeliberaEscola, a project which brings civic  deliberation to Portuguese schools, while also serving as a mentor in the  HeForShe’ Mentoring the Future program, created to address gender  equality, diversity and inclusion. Paula was born in 1979 in the city of  Beira, Mozambique, and lives in Portugal.

What drives your work and mission?

When I was a child, I always had the same dream: to read a book featuring heroes and sheroes who looked like me. But the more I read, the more I noticed I didn’t belong. This made me think: What are the consequences of this lack of diversity in the characters we typically find in children’s books? As far as I can tell, children who don’t see themselves portrayed begin to lose their ability to dream. To change this, I decided to create “Força Africana” (African Force), a collection of children’s books in Portuguese that promote greater ethnic and racial diversity, featuring characters with whom black children can identify, promoting their self-esteem and sense of belonging. Besides promoting greater ethnic and racial diversity in children’s books, “African Force” shares positive information about Africa as the stories unfold. While working on “African Force” I realized that as important as creating black heroes and sheroes is to provide real black role models. That’s one of the reasons I’ve founded Afrolink, a digital platform promoting the representation and visibility of black professionals across all spheres of life in Portugal. Last year, after one year of online activity, we started the Afrolink Market, where black entrepreneurs can sell their products and promote their services, and at the same time discuss new paths to grow together, to discuss our culture and heritage, and to support our businesses. Now I want to make this happen every month, to generate a black money movement in Portugal to empower black people, foster education, and entrepreneurship, and create education, and entrepreneurship, and create business opportunities.

Occupation
Founder & CEO of Afrolink
Mini Bio
Excellence in representation and innovation
Quote
I hope the younger generation of women (and also the older) can understand that chasing their dreams is not a race. It is all about feeling, believing, self-conscious and acting at their own pace. That’s why we often end up leaving an even better dream than the one we’ve dreamed about.
LinkedIn URL (optional)
https://www.linkedin.com/in/paulacardoso1979/
Twitter URL (optional)
Recent Posts
Supported By 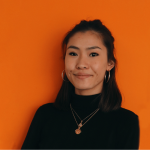 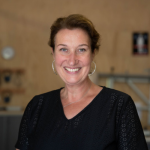