Social economy is a humane economy – in which exchanges of goods and services generate wellbeing of all those involved and of the environment.  It’s the “Good” economy that lies sometimes hidden, not very visible in every society. Like an endangered species it can go unnoticed or un-valued, therefore it needs (re) discovering, knowledge, understanding and nurturing. Countries like Romania traversing every 40-50 years political and economic transformations have partially lost their social economy traditions on the way and the values and business models of cooperativism and collaboration on which this sector is based.

That is what we try to do at AFF  through our circular inclusion enterprises and through the RISE network of like minded enterprises that we have created and plan to extend.

AFF was founded by a young couple Raluca and Patrick Ouriaghli who succeeded with a lot of inspiration and courage to establish three different social businesses in an ecosystem not very favorable to the sector as it is in Romania nowadays. They are the inspiration not just of other young people who now enthusiastically work for our enterprises but also for the older generation like myself. I meet such young people more and more. I would actually like to dedicate this nomination to Raluca Ouriaghli who stated AFF in 2008 when she was in her twenties with the idea to create jobs for people coming from vulnerable groups in Bucharest a rich city with many forgotten, excluded people. Since 2008, AFF has hired 281 excluded people. 60% of them successfully integrated into society as fully independent and reliable citizens.

Occupation
Founder & CEO Laboratorul de Solidaritate
Mini Bio
Experienced leader with a significant portfolio in the civic & social sector
Quote
I hope that the social economy sector will grow rapidly in [Romania] – and that we will collectively own, buy from, work within and sell more and more to social economy type of enterprises.
LinkedIn URL (optional)
https://www.linkedin.com/in/ancuta-vamesu-6a1b176/
Twitter URL (optional)
Recent Posts
Supported By 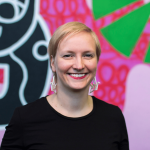 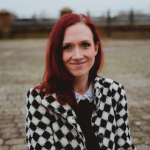