A strong civil society is crucial for democracy and social cohesion. But in Hungary, declining public funding and shrinking space for dissent are making it difficult for civil society organisations (CSOs) to provide services, mobilise citizens or hold government to account.

The Euro-Atlantic Peer Exchanges aim to help Hungarian CSOs to counter these shifts through peer learning and by building alliances — with each other and with counterparts in the UK and the US. Funded by the British and American embassies in Hungary, the project was led by Euclid Network and the Foundation for Development of Democratic Rights (DemNet).

Leaders from large and small Hungarian CSOs and social enterprises were paired up according to the focus of their work. Each was then connected with one British or American organisation, with opportunities to meet and work together over the course of 12 months via seminars, online discussions and webinars, as well as a five-day exchange visit and study tour to Scotland.

Engaging with communities and partners

Among the frontline organisations the group met last year was the Grassmarket Community Project in Edinburgh, a hub that runs several social enterprises as well as drop-in centres and training courses for vulnerable people. “They offer a place of work, but also a kind of community for the people who take part”, reflected Andras Lukacs, vice president of the NGO Human Platform (Civil Factor). Over at PAS, which provides people with skills and information to contribute to plans for their local community, visitors learned about the organisation’s community visioning process and ways to involve minority groups.

Further inspiring examples of local engagement were provided by US peers involved in the project. One group established to teach English to refugees, according to Tom Donovan, a board member of DemNet Hungary and Director of Charitable Trusts at New Hampshire’s Department of Justice, have started a series of community conversations where newcomers and locals meet around a theme or activity. Another group is creating a music venue where concert-goers volunteer in the local area before an event.

Project manager Marietta Gargya from SzoSzöv, a social cooperative network, observed that the sector works well in Scotland because organisations “make a lot of effort not to be isolated — not to be part of the third sector only, but also include a lot of other institutions like the Church or businesses.”

Cross-sector collaboration can be challenging due to differing preferences, values and communication styles, Thomas Bryer, Associate Professor in Public Administration at University of Central Florida, explained in a project webinar on this topic. “Recognising these conflicts in interests and in ways of making decisions is essential for sustaining a partnership”, he said. An example of one social enterprise which demonstrated an ability to understand other values and to “communicate in different languages”, added Bryer, is the Second Harvest Food Bank — which also served as a model for what will be the first ever food bank in Romania, following a visit of a group of officials from Bucharest a year ago.

If Hungarian CSOs feel concerned about their future, the exchange at least offered ideas for where to focus their resources. Education could be “a kind of tool” to strengthen civil society against uncertainty, observed Lukacs, who praised the “very strong educational programme” of Social Enterprise Scotland, and wondered if similar education modules could be developed in his country.

Peer Exchange participant Emőke Both, president of the BAGázs Public Benefit Association, is already developing two innovative ideas: one for producing high-end designer products upcycled from second-hand clothes; and another — a joint venture with fellow Peer Exchange participants SzóSZöv — for a mobile charity shop aimed at underprivileged Roma communities who can’t easily access either the high street or online stores. “To our knowledge, there is no mobile charity shop operating in Hungary at the moment”, Both explained. “If the pilot works well, the activity can be further expanded geographically.”

The visit also reinforced the value of a network as a resource.

The educational approach of the Social Enterprise Academy places a strong emphasis on peer support: “They put participants through a course, but also build a network for them so they can turn to each other later on when they need professional help”, said Gargya. “I think this is one of the reasons they work so efficiently.”

If such a network for CSOs and social enterprises is currently lacking in Hungary, it’s a resource that Peer Exchange participants are keen to start building.

This project was just the beginning of stronger ties between CSOs large and small, from Budapest and beyond the capital, and participants are now finding ways to achieve more together. That might be in delivering services (as in the venture planned by BAGázs and SzóSZöv), or in joining forces for a stronger voice, as in the joint campaign planned by NGOs opposing the government’s draft law (see box above). Some may see networking as a by-product of a skills-building project; for Euclid Network, strong networks are rather a foundation for progress.

That applies both within countries and between them. US advisors provided Hungarian participants with links to American NGOs working on similar challenges, while Charities Aid Foundation America is also helping Hungarians living in the US to support civil society organisations in their home country. The challenges may be many, but the support system spreads far and wide.

“I learnt what good governance is and how to make the community feel engaged in local area development, including by working with school children.” Györgyi Újszász, Védeglyet “ 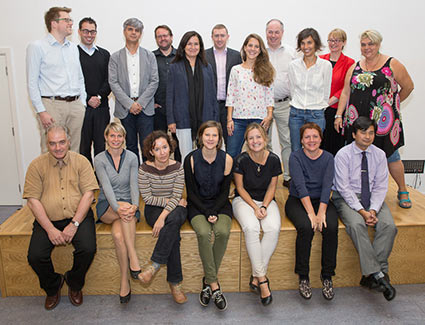 Joining forces: the power of networks in civil society and social enterprise.
The week’s exchange in Scotland between the above organisations concluded with a seminar also involving CIVICUS, CAF and Central European University.
We connected eight CSO and SE leaders from each of the participant countries – Hungary, the UK and the US – to share and produce knowhow on common challenges and shared opportunities. A number of ideas emerged that the Hungarian peers followed up on their return: 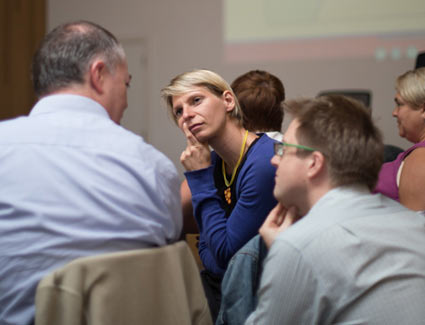 Last month, the government submitted a draft law with new requirements for groups who receive overseas funding. The move has been met with concern from watchdogs including Human Rights Watch, and over 150 Hungarian NGOs, including Peer Exchange participants, published a joint statement condemning measures they say would “restrict and stigmatise civil society”, limit democratic expression and ignore international conventions.

What on earth is leadership anyway?Actions, Captain's blog, EU3Leader, NEWS