Eu3leader is a new EU-funded project that aims to build leadership capacities of third sector leaders.

Among our project partners is Croatia’s Association for Civil Society Development, or SMART, which runs a resource centre and a volunteer centre, providing training and consultancy in order to build capacity of NGOs. We spoke to SMART’s co-directors Slađana Novota and Zvijezdana Schulz Vugrin on the sidelines of the project launch in London last month.

Why did you decide to join the eu3leader project?

Slađana Novota: This is our core business: capacity building of NGOs, making them more sustainable, efficient, and effective in social change. It’s exciting for us to participate in an EU project on the level of 28 countries, and the outputs and learning in this project will improve the quality of our work and services we provide for others — they’ll get more information on what’s happening at the EU level and will benefit from the elearning and in-country pilot training. They’ll get new competences and a new outlook on what their leadership skills are.

Zvijezdana Schulz Vugrin: On a personal level I’ve been working in this area for more than 20 years. It can sometimes feel like it’s hard to learn something new. Joining eu3leader means getting a different perspective… there is so much to learn and so much to share.

How developed is third sector leadership in Croatia, and what will that mean for the project’s aims to develop entrepreneurial competences among leaders?

Where do you think entrepreneurship is relevant to the third sector?

ZSV: Some people have the idea that there should not be any entrepreneurship actions in NGOs because we are nonprofit organisations, and there is another side that [because of] funding cuts, thinks we have to earn money ourselves. I think the truth is somewhere in the middle. It’s not just securing money for the organisation but more about having certain competences that many people in NGOs are either not aware of, or they don’t have them….

SN: …Or they don’t use them to be more effective! eu3leader is testing the [European Commission’s] Entrepreneurial Competences framework model… and it’s about how you can be more entrepreneurial not in the economic sense, but in how you can be more innovative, using more of your social capital and having more impact. Civil society organisations have a lot of resources within the community: contacts, links, networks, partners who have technical, human, financial capacities… All this offers great potential. This possibility to be more entrepreneurial is something we’d like to make CSOs more aware of.

What kind of environment are civil society organisations in Croatia operating in?

ZSV: It’s very unstable [in terms of] government funding and their vision of the nonprofit sector. There’s generally a lack of understanding of the role of the nonprofit sector. For years, the government was positive but I don’t think they have much trust in people working in the nonprofit sector now. And the political situation in Europe — with the right wing becoming more visible and stronger and more aggressive — is the same in Croatia. We still have many grassroots organisations, but those advocating for certain rights and certain values (like women’s rights or LGBT rights) are now facing opponents from within the nonprofit sector. There are a whole new set of NGOs and many are very anti-secularist — promoting things like pro life [anti-abortion], bringing back military service, negative attitudes to immigrants. It feels like taking several steps back.
SN: Yesterday we were talking about Austria, Croatia, the UK — about what the gaps and opportunities are for civil society. We found out that there is pretty much the same environment and state politics which is not very enabling for civil society development. The huge overarching challenge is shrinking of national public funds — I think this is trending in the whole of Europe. The EU funding that is available, at least in Croatia, is substantial but due to large bureaucracy of contracting agencies is becoming heavily loaded with administrative demands. It feels like we are spending more time on administration that on actual work with people. This is a source of frustration for many CSOs in Croatia.
Also, in other countries as well as in Croatia, activists are perceived — if they’re criticising state policies — as being against the country, and not patriotic. So there is this pressure on CSOs to be more quiet, to not criticise. Critique is taken very badly.

So how might more entrepreneurial leaders address these challenges?

ZSV: Developing new kinds of relationships in the community, for a start.

SN: Yes… making ad hoc initiatives, promptly reacting to the current situation in the society and joining resources with other stakeholders. We for example share our skills, knowledge, time and other resources with initiatives that demonstrate, advocate and lobby for certain changes in society. If you use resources jointly, you achieve more… the strength is in numbers. Last May for example 30 civil society organisations organised a massive demonstration in support of curriculum reform which was obstructed by government and church. This ad hoc demonstration gathered 40,000 people in the main square in Zagreb. For Croatia this was an important and historic expression of citizens’ will. 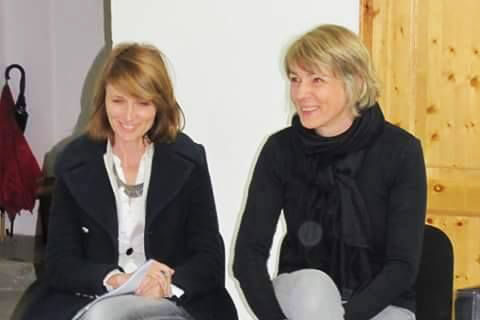 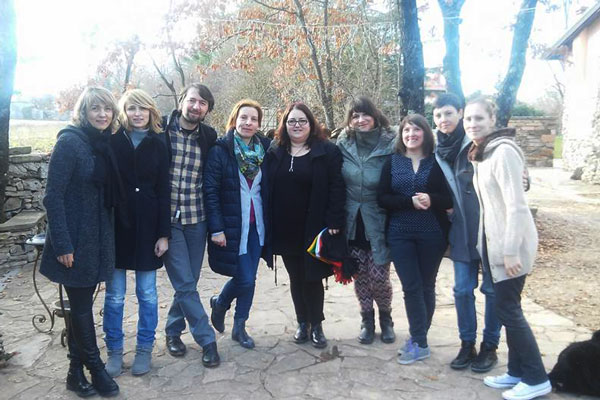 Find out more about eu3leader here

Read about the kick-off discussions here

Strengthening Ties with a Long-term Partner and Now Member: SEND

Find out why Social Enterprise Network Germany (SEND), a partner of Euclid Network for many years and projects, has decided to join our network now.

Expanding Our Reach Across the Baltic Sea

Meet the newest member to join Euclid Network, Social Enterprise Estonia. We sat down with their CEO, who told us everything we need to know about the social enterprise ecosystem in Estonia.

COVIDCAP is a searchable database of financial and non-financial resources for social entrepreneurs everywhere developed as part of the WEF COVID Response Alliance for Social Entrepreneurs.

In times of crisis, flexibility is key! This is why the Erasmus for Young Entrepreneur programme has chosen to continue providing cross-border exchange opportunities for entrepreneurs.

We’re looking for an Impact-Driven Trainee to join our team!

Euclid Network is looking for a motivated and impact-driven Communication and EU Policy trainee to join our team!

Learning Together as an Impact-Driven Community during COVID times

Read what topics the Euclid Network Driving Positive Change webinar series has discussed, and learn about future sessions of the series holds for EN members.

What on earth is leadership anyway?

Leadership is one of the most talked about concepts in civil society and social enterprise - writes our CEO Stephen Barnett. It can feel like a fuzzy concept but its practice matters more than ever.

Read a write up about the project by Missionbox 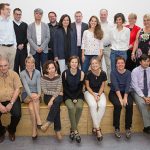 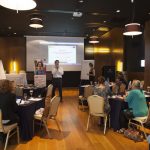