Helena Gata has been involved in the third sector since 1996.

She has a particular focus on poverty and employment, including almost ten years as director of TESE, a Lisbon-based nonprofit, and is currently a researcher at the Lisbon School of Economics & Management (SOCIUS). Helena is a founding member of ESLIDER-Portugal, a network of civil society and social enterprise leaders created in 2011, and was elected its president last December. 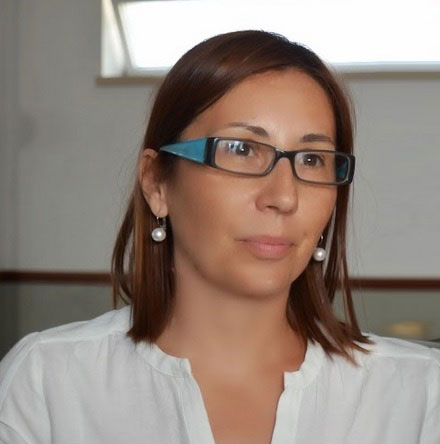 What are some of the challenges of social enterprise in Portugal?

There is no consensus around the definition of social enterprise. Although this has not been a deterrent to its growth, it’s important that social enterprises have a legal definition. And really important for the social economy to be more recognised as a major player in the creation of resources and wealth: in Portugal the social economy represented almost 3% [2.8%] of national Gross Value Added and 6% of paid employment [according to most recent official figures, from 2013].

Portugal has more than 70,000 nonprofit organisations. So we have a strong presence, but we need better national coordination and to contradict the logic of competitiveness. I believe there is room for small and large organizations, taking different roles. The sector also needs to learn to share resources. We talk about it, but don’t practice it enough. Some bigger institutions don’t even share their annual reports!

And there are still some critical areas to be improved: we need more transparency and accountability, and more financial tools and mediators to facilitate communication between private and social sectors. We need to diversify our financial sources. The government’s investment fund for social innovation has been in operation since 2015, but has not yet started to produce effects. We also need more professional human resources management – there is a high staff turnover in social organisations.

How have recent years affected the context for social entrepreneurs?

Portugal has undergone profound social changes. We are no longer in the presence of traditional poverty — instead we see working poor, isolated elderly, adults in career transition, and those ‘sandwiched’ between dependents in younger and older generations. Many organisations have not yet adapted their response. For example, we are now one of the oldest populations in Europe, so organisations need to involve older people more, but in an active way.

Although the financial crisis has accelerated social innovation, we still have a long way to go. I see many organisations designing projects to meet the requirements of available financing. They lose sight of their main purpose – for example, doing a youth employment project even if they’ve no experience in that. That’s dangerous because investors don’t realise they have no experience.

There’s an opportunity for the private sector. 99.9% of our private sector is micro, small and medium sized companies, yet there’s no strategy to involve them in the sector. Only the bigger companies are involved.

And we still have a communication gap between social entrepreneurs and companies. For example, one business owner recently told me he gave 5000 EUR to a group of volunteers from a youth organization, but he didn’t even know he could reduce his tax bill by doing so.

Why is an international network important to your 100 member organisations?

To learn with each other, to broaden our horizons, and to ensure representation at the European level.

At the Gathering to Grow event we heard about the experience of Mariana Silva, a Portuguese social entrepreneur, and Polly Robbins, a young social entrepreneur from the UK who participated in an Erasmus for Young Entrepreneurs exchange. Mariana mentioned how Polly helped her to invest in communication and marketing, helping her to get new business partners. That’s a good example of how helpful international collaboration can be.

“Portuguese social entrepreneurs are used to doing a lot with very few resources, so they are very creative and open-minded”

Why is cross-border networking important to you personally? How do you grow and maintain your network alongside all your other work?

Cross-border networking is almost natural for me because my parents are from two different nationalities, so I was always attracted to diversity. Twenty years ago I did Erasmus as a student in the Netherlands, an experience that forced me out of my comfort zone. I discovered that “the Other” was a source of complementary knowledge.

A network is an important source of business intelligence, but it’s rare to get real opportunities to learn from our peers. ESLIDER gives us the opportunity to be with other social entrepreneurs going through the same pains that we are going through, and who are willing to share their experiences.

I’ve been a member of ESLIDER since its creation. I had some reluctance to stand as president, but I believe in it and want to stay connected to my field. I’m going to invest a lot in young social entrepreneurs: I really believe they need this network. And I’m going to try to attract older ones too.

I also belong to a national working group on social impact evaluation, and used to be part of a national group on youth employment. In recent years I have been involved in a number of projects financed by the European Commission.

What have you learned over the years about working effectively with partners?

We all have a tendency to take ownership of a project. We are sometimes arrogant. Even if we try not to say it directly, our behaviour conveys this.

I learned this in a painful way. I once led a big project, a new and very interesting one. The partner was the investor so of course they felt they were the owners – but my team had the ideas, and had proposed this project. Myself and the other organisation’s leader were too relaxed, and didn’t realise our two teams were not getting on with each other. It was our fault, as leaders — I also gave my team the message that we were the owners. The project was completed, but when we tried to define a next phase after a year and a half, it was impossible.

I really believe it’s amazing what you can achieve when — as Harry Truman once said — “you don’t care who gets the credit”. If we’d left all the credit to the investors, I’m sure that project would still be working.

“It’s rare to get real opportunities to learn from our peers…I’m going to invest a lot in young social entrepreneurs: I really believe they need this network.”

What would your advice be to those wanting to work with Portuguese partners?

I think Portuguese partners could be a good choice because our social entrepreneurs are used to doing a lot with very few resources, so they are very creative and open-minded. With the government’s Social Innovation Fund (I hope it will start soon), Portugal will become a laboratory for social impact bonds and other new tools, hopefully generating a wealth of experience. It could be interesting for other countries to replicate our model and learn from our mistakes.

Finally, what are you excited about in 2017?

I look forward to continuing our work in the Erasmus for Young Entrepreneurs programme in our SEEDplus partnership, led by Euclid Network, and to the next Gathering to Grow event.

And in Portugal, I’m looking forward to progressing on some important issues like the huge gap between commercial entrepreneurs’ and social entrepreneurs’ salaries, transparency in recruitment processes, and use of technologies in our sector. I’m sure that European collaboration can help us in all those areas. 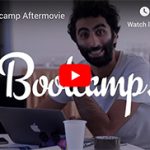 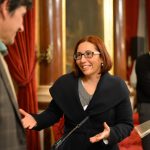