SEED EURO-MED Bootcamps bring together experienced and aspiring social entrepreneurs in North Africa. But before knuckling down to business plans, it’s time to think big.

In North Africa, the EU-funded SEED EURO-MED bootcamps are the first in the region to focus specifically on social entrepreneurship. The core question: how can we tackle society’s biggest problems with an entrepreneurial approach?

Each of the three French-speaking bootcamps — two took place last year in Algeria and Tunisia, while a third kicks off this week in Morocco (2-5 February) — hosts 25 new entrepreneurs from across these three countries, plus more experienced peers from European countries.

But the four-day camp isn’t devoted to helping participants raise investment or develop their business plan. Rather, the aim is to unite bright minds from across borders around some of the big challenges of today — from food waste to social exclusion of single mothers to poor quality education.

Attached to the problem

For some participants, it can feel like a missed opportunity to progress with their own venture. But there’s a good reason for this. As one entrepreneur from Tunisia puts it: “you have to work on projects other than your own to learn and not be attached to a solution.”

Ahcene Belhadi, who attended in Algeria, says it was “stimulating” to work on a different idea. “I think it allowed us to get out of our bubble, out of our comfort zone”, he explains. The exercise prompted him to work for the first time on a programme teaching children how to code.

This focus on the problem, rather than on a particular solution, echoes a recent examination by the deputy director of the Skoll Centre for Social Entrepreneurship on ‘heropreneurship’. Successful founders are greatly admired, and young people aspire to that status — little realising they need to really understand the problem first. But “social entrepreneurs are like toothbrushes”, writes the author, and “we don’t want more toothbrushes, we want more clean teeth”.

That metaphor travelled all the way to SEED EURO-MED’s Tunisia bootcamp last March, where facilitator Carlos Azevedo, former President of ESLIDER Portugal and now Academic Director at IES Social Business School, told participants: “the social entrepreneur’s job is to tackle problems from the root, like a dentist”.

So how does that work in practice? On day one, participants split into groups of 3-4. They work through their chosen issue in stages: defining the problem, understanding its causes and effects, considering the benefits and features of existing solutions, and developing an alternative. By day four, teams are ready to pitch their ideas to the crowd.

It’s not all about that final pitch though. Participants also take part in creative thinking exercises and hear from experts on practical subjects, such as mobilizing resources or working with a mentor. They play games, especially those focusing on communication and trust-building. And each participant is secretly assigned as ‘guardian angel’ to someone else, who they must secretly look after throughout the camp.

Why are exercises like these important? Because the programme also aims to help build a strong cross-border network.

Collaboration is considered essential to successful entrepreneurship — helping a founder to plug skills gaps by working with others, for example, or enabling a company to understand a new market. But partnerships between social entrepreneurs can also be good for society, according to George Catinis, technical advisor to SEED EURO-MED. Such relationships help to “create a common language for discussion”, he says; that can benefit social cohesion.

In the intense, time-pressured environment of a bootcamp, that common language is vital. As Tunisia participant Othmane El Alj from Morocco says: “you forget about being Tunisian, Moroccan or Algerian”; instead, you solve problems “the Arabic way”. For many, it’s a learning process: working within a team of different nationalities and backgrounds boosted his communication skills and helped her “develop cultural awareness”, says participant Ikram Ben Hassine.

From bootcamp to next steps

Cultural awareness is one of the key benefits of SEED EURO-MED exchanges, which enable new entrepreneurs in North Africa to work with more experienced counterparts in EU countries for 1-3 months. Indeed, one of the goals of the bootcamps is to encourage entrepreneurs to apply for these exchanges, which ultimately aim to help them and their businesses develop, while offering European enterprises access to an international network.

For Laila Abouhalim from Morocco, the bootcamp has been a springboard to the next phase. “I came [to Tunisia] with an idea, but I [left] with a project and a network of future partners”, she says. That network is set to grow further: Abouhalim, who plans to create a co-working space in Fez, where facilities for startups are very limited, travels to Greece this month on a SEED EURO-MED exchange. She will be hosted by Dione Local Development Center, which provides training and other support to small businesses.

Young entrepreneur Rahma Sfaxi, from Tunisia, who joined the Algeria bootcamp last year, is also keen to complete an exchange and to get involved “for real” in this sector.

“It was a real motivation for me to pursue a career in social entrepreneurship”, she says. “In fact, winning second prize at the bootcamp with my project and sharing and developing great teamwork with bootcampers from different cultural backgrounds have stimulated my passion for further development and deeper engagement.”

Follow us on Facebook for live updates, or take a look back at our wrap-up videos from Tunisia and Algeria.

The SEED EUROMED project is funded by the EU’s EuropeAid programme and is based on Euclid Network’s track record in delivering SEED projects (Social Entrepreneur Exchange & Development) under Erasmus for Young Entrepreneurs.

Find out more or apply for an exchange on our website — but don’t delay, as all exchanges must be completed by 30 March. 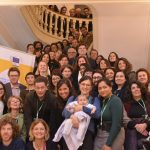 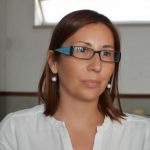