Michelle Smith has been working and leading in the volunteer sector since she was 13 years old. Her passion for helping others find their way was discovered at an even earlier age, through her experiences in childhood and it wasn’t long before she dedicated herself to giving something back to the world. Michelle is Vietnamese, and was adopted from a refugee camp in Hong Kong by British parents who brought her first to Switzerland and then to the UK where she was raised.

Her aptitude for entrepreneurship was discovered shortly after her career began, when Michelle set up her first business in 1995: CentralNet. A digital solutions company, CentralNet assisted Third Sector organisations in creating an online presence in the very early days of the internet. With many successes, including developing communications for clients as high-profile as YMCA England, Michelle stepped back from the company, promoting from within, in line with her belief that people are the greatest asset to a business. Following this, she moved on to a successful career supporting people into work or to start their own businesses. She had also been the Strategic and Operations Director of the Basement, a Homeless support charity in Merseyside.

In 2009, Michelle left this career to start a Third Sector business of her own, MPower People CIC, to address the education inequality that she noticed from within her community. Initially a youth support organisation supporting young people in Toxteth and Kensington with safe activities and training, MPower People grew into a CIC that addressed the broader needs of the community, while still championing those individuals making our cities and towns into kinder, more equitable and sustainable places to live.

MPower People continues its growth and is proud to play a part in the stories of so many lives within the Merseyside area. Michelle’s own story and own personal growth is something that has driven her forward into finding a balance between personal success and responsibility towards others, and to this day she is a well respected member of her community in both business and social work.

Occupation
CEO at Mpower People CIC
Mini Bio
Serial entrepreneur helping people improve their lives
Quote
My only wish for the future is a kinder, more compassionate society, where choosing to help and empower others - wherever we can - is the norm. Empowered people raise each other up without looking down on anyone, and there is nothing more empowering than kindness. We are stronger together.
LinkedIn URL (optional)
https://www.linkedin.com/in/michelle-smith-98528217/
Twitter URL (optional)
Recent Posts
Supported By 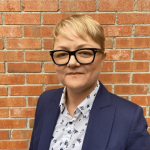 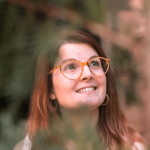