Iffat Rose Gill is an award-winning social innovator, digital strategist, and global leader for the digital inclusion of women. She has extensive experience in setting up programs and initiatives for the economic empowerment of women through digital inclusion via public-private partnerships to address the shortage of skilled labor and the gender digital divide.

Iffat’s initiative The Code To Change is working in Europe to bridge the gender and e-skills gap in the technology industry. She has been named one of the Wonder Women of Amsterdam by the city of Amsterdam. Her work has been recognized by Startup Amsterdam (Amsterdam City Council) as one of the top 10 diversity initiatives in the Netherlands. Silicon canals magazine has named her one of the successful female solopreneurs to watch in 2022!

Iffat’s work has been featured in two publications by the German government. Her recent success, The Code To Change Pakistan, has trained 1500 women in digital skills and the project is now gearing up to launch an extensive program for entrepreneurs in Pakistan, in partnership with Amsterdam University of Applied Sciences and Care Netherlands and Care Pakistan.

Iffat’s new venture, Digital Starling is a for-purpose company that brings together female-led founder teams with specialized digital assistants from under-represented communities. With Digital Starling, Iffat is tackling a two-sided problem: female talent is chronically underrepresented on a global scale, and many early-stage businesses cannot afford the talent that they need to scale.

Occupation
Founder & CEO of The Code to Change
Mini Bio
Leader-activist promoting economic empowerment of women through digital inclusion
Quote
Connectivity and digital know-how era of the digital revolution such as Artificial Intelligence and automation are critical to social and economic participation, especially for underrepresented groups like women and people of colour. To tackle the digital skills gap for the economic empowerment of disadvantaged groups in society, we need to prioritize digital empowerment (digital skills) and an enabling environment to learn and earn. My initiative is connecting high-potential talented people from disadvantaged backgrounds to the digital economy through reskilling and up-skilling.
LinkedIn URL (optional)
https://www.linkedin.com/in/iffatgill/
Twitter URL (optional)
Recent Posts
Supported By 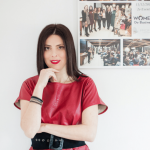 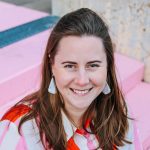