Through an intergenerational support model, Alexandra is selecting young women with big changemaking potential and equipping them with the tools, mentorship, and networks needed to become leaders in their fields. Also, by having them serve as role models and mentors of younger girls from primary school, she is creating a social vaccine that prevents early marriage and child pregnancy, thus opening more pathways to these girls to actively participate in their education and furthermore in society.

Alexandra dreams of a world in which every single girl knows she has a say in her life and a role to play in society. Alexandra is devoting her efforts to ensure the end of child marriage and pregnancy in the world’s developing countries, guaranteeing every woman has a chance at graduating and working on her dream job, but also at becoming a changemaker herself. Alexandra’s Girl MOVE is making it happen through a structured, continuous and inspiring one-year programme on Leadership and Social Entrepreneurship centered on today’s young women, who will be the mothers and leaders of tomorrow.

Occupation
Founder & CEO of Girl MOVE Academy * Ashoka Fellow
Mini Bio
Strong believer of leadership as an act of love
Quote
We all need a much more humanized leadership where the next generation of girls and young women have the opportunity and the willing to participate as change makers. We have to create the conditions to raise their voices and make it happen. That´s my hope and drive of my life and work!
LinkedIn URL (optional)
https://www.linkedin.com/in/alexandra-machado-0720925/
Twitter URL (optional)
Recent Posts
Supported By 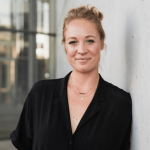 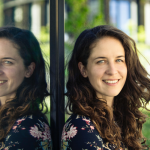