We met with Meg Wright, an independent consultant and Interim Executive specialising in supporting not-for-profit organisations. Meg is a former Chair of ACOSVO, a membership organisation of over 500+ voluntary sector leaders and senior staff in Scotland. She has worked within the voluntary sector for 25+ years and has strong skills in strategic planning, relationship/people management, collaborative working and business development. Meg obtained her MBA from the University of Glasgow and is presently a Doctoral Research Student with Edinburgh Napier University Business School. Her current research focuses on governance and the experience of Trustees within the industry as well as looking at motivations and understanding the role.

Meg shared her career journey with us as her work within the charity world began as an employee however later on, she became self-employed. Her expertise lay in reeling companies out of challenging times and moving them into more stable environments. As a self-employed consultant she offered interim leadership, consultancy services as well as CEO/leadership mentoring. During her time in the charity world, she noticed that some charities feared the word ‘business,’ or the ‘b word’ as she calls it. Meg believes that charities themselves are businesses, ‘they take money, employ people, spend money etc., of course, they may have different rules and regulations, but they require a professional structure in order to manage money and risk, just like any other business,’ she says. According to Meg, in order for charities to compete with others in regard to funding and contracts, learning from other businesses is vital for their long-term future success. ‘Having a business plan is common and a lot of charities are recognising this, but some don’t like the business language…facing challenges is part of the role,’ she claims.

Meg’s recent work experiences includes the Peer X exchange where she worked with Russian organisations in the area of gender-based violence. Additionally, she is currently involved in a service-learning programme with St. Andrews Medical School which focuses on medical education, service-learning and community engagement. The St. Andrews programme has over 60 voluntary sector organisations involved, including the social enterprise and charities. These sectors work together and contribute towards the education of health professionals including nurses and medics. ‘Being part of medical education is a movement that is growing, the aim is to focus on seeing the value to public health and the context of individuals as well as the non-clinical options,’ says Meg. Moreover, the St. Andrews programme is one of the first programmes which is compulsory and assessed, and the programme aligns with general medical council outcomes. During the COVID-19 outbreak, the first year of the programme was online, nevertheless Meg asserts that the services delivered even online were strong. ‘People share a lot more online since the barrier of the person sitting behind you is gone. Some prefer online, some prefer otherwise,’ she says.

Meg is also a keen advocate of getting out of the office and active leadership. She shared some tips with us as she believes that conversations whilst walking side by side with someone is more meaningful compared to face-to-face. Meg encourages active walks and meetings, and is a big believer in leading by example.

‘Have fun with it, most work is not necessarily done round a table or in an indoor meeting – go outside!’ 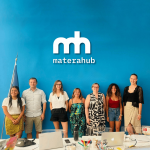 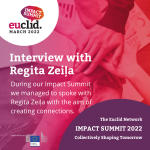