Euclid Network (EN) kicked off the month of September with another session of the Driving Positive Change Webinar Series. This fourth webinar was co-hosted by one of EN’s founding members, the Charity Aid Foundation (CAF). Together with our members, we discussed the best and worst European and national policy responses to support social enterprise. Throughout this engaging and informative session, the evaluation of efficacy of the existing policies was translated into recommendations regarding further decision-making in the social-impact sector.

Driving Positive Change webinar series is an initiative implemented with the overall goal of bringing together challenges and good practices from the social impact community and is for EN members only. This webinar series is dedicated to our members — from social enterprise support organisations and academia to impact-driven leaders, social funds and beyond — and the particular challenges they are facing. But it is not just about challenges, it is also an opportunity for our community to share best practices, successes, and ways to support one another.

The 4th session was co-hosted by CAF and facilitated by Sameera Mehra, Daniel Ferrell-Schweppenstedde and Rhodri Davies. This session of the Driving Positive Change webinar series carried the theme European and national policy responses to supporting social enterprise.

During this time of unprecedented uncertainty and instability caused by the global pandemic, the social-impact sector – namely the social enterprises – has once again demonstrated its invaluable role in society. Social-minded organisations are providing vital services and networks to entire communities and most notably, to the most vulnerable parts of our society. The policies should reflect this reality in order for governments to harnessthe potential of the sector.

The debate held during the seminar indicates that governments across the EU continuously underestimate the contributions of social enterprises, particularly with regard to the current crisis. There is little to no examples of policies and aid packages provided directly to social enterprises across Europe. The offered packages are retrofitted rather than tailored to this this sector. In the few cases where effective aid packages were provided, it was because of relentless advocacy rather than proactive efforts from the government.

The specific examples of best and worst regional policies provided by members is added to the COVID Global Policy Measure framework. This is an evolution of work done by this seminar’s co-host, CAF. The framework is a collection of examples of positive and negative practice policies introduced across the world to support civil society organisations. The aim is to “build a publicly accessible repository of evidence that can be utilised by organisations to support their areas of work and advocacy efforts.”

The EN team will use this framework as a basis for our policy recommendation during meetings with various decision-makers, including the European Commission and various Committees we are part of such as the United Nations Task Force on Social and Solidarity Economy. It will also feed into the manifesto that is being drafted by EN which will be presented at the European Social Economy Summit conference later this year.

Do you want to share your perspective with peers? Do you want to look for solutions to our common challenges? Stay updated and join the next session of the Driving Positive Change webinar series!

If you would like to learn more about the Euclid Network Driving Positive Change Webinar series please contact us. 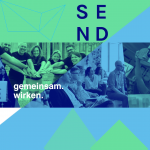 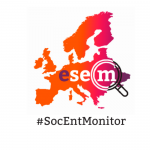 Are you a Social/ Impact Entrepreneur? Take the ESEM survey and let your voice be heard!ESEM, Influencing, NEWS