Last month, together with the Organisation for Economic Co-operation and Development (OECD), Euclid Network (EN) hosted a webinar to announce the OECD Global Action to promote the social and solidarity economy (SSE).

The webinar originally planned to be part of the EN Impact Summit 2020, moved to an online format after the Summit was postponed. This change however, enabled more interested parties to participate from across the globe, including those as far as Chile and Australia. In the end, more than 150 registered participants took part in three identical webinar sessions!

With financial support from the European Union, the OECD Global Action aims to promote the SSE over the next three years in all EU Member States as well as six target countries including Brazil, Canada, Korea, Mexico, and India. By perusing multiple stakeholders, the Action aims to:

Today more than ever, it is evident that social enterprises and social economy players are a key role in our society. In times of crisis, we need to stand together to promote the social and solidarity economy. We, therefore, believe that the OCED action is highly relevant.

Outputs of the OECD Global Action

The main outputs of the Action will be the creation of two international guides. One will be on the legal frameworks of SSE and the other will be dedicated to social impact measurement. They will be available at the end of the Action in 2022.

Next Steps and How to Engage

Currently, the OECD is also working on several aspects of the Action which require support from the social impact community:

A recording of the OECD Global Action webinar is available here for viewing.

You can participate in the OECD Global Action – Mapping Survey here.

For more information regarding the OECD Global Action, please visit their website.

If you would like to find out more about how to get involved in the Euclid Network and OECD Global Action please contact us. 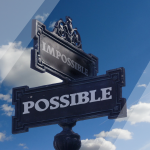 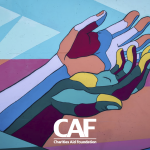 Philanthropy & Individual Giving during the Pandemic: What are the Policy Responses across Europe?Influencing, Members, Members, NEWS