Join us in wishing a sincere welcome to the newest member of Euclid Network family, SYNTHESIS Center for Research and Education in Cyprus. Founded in 2002, SYNTHESIS creates and implements research and educational projects for social impact, primarily in the fields of employment, entrepreneurship, migrant integration and social inclusion. It also launched HUB Nicosia, a social innovation hub that connects support organisations, entrepreneurs and enterprises with a social mission.

We interviewed the founder and executive director of SYNTHESIS, George Isaias, who is also the creator of HUB Nicosia. George is a pioneer in the social entrepreneurship movement in Cyprus, and organiser of the first initiatives in the field.

SYNTHESIS when founded in 2002, their primary goal was social inclusion. Although the terminology and legal framework didn’t exist yet in Cyprus to call themselves a social enterprise, George had a clear direction: “As the founder of SYNTHESIS, I always wanted to do something that would have a social impact. I wanted people to have a salary but it was never meant to be a profit maximisation company. The seed of the social enterprise was there, even without using the term.”

As time went on, the Center continued its work, partnering with other organisations within Europe, but still not defining itself as a social enterprise. It wasn’t until later that they would begin to define themselves as a social business and actively sought to promote itself as such.

The Heart of the Cyprian Ecosystem

George worries that the current situation regarding COVID-19 will most likely negatively affect the incipient social enterprise sector in Cyprus, “Understand that now there is no recognition of social enterprises within the government. They can understand volunteer organisations and non-profits; they can relate to those, but not to social enterprises. This situation will negatively affect the development of the sector because the government has put aside money for development and the National Action Plan. It’s very challenging.”

SYNTHESIS decided to become part of the Euclid Network in order to continue its mission to promote social enterprises more effectively on their home soil. George explains:

We look forward to working with SYNTHESIS and, as a network, will continue to create opportunities for all members to work together and learn from one another.

If you would like to find out more about how you can become a member of the Euclid Network please contact the team! 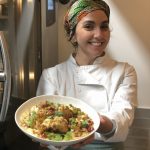 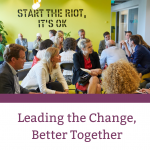