Nestled in Rivierenbuurt, a neighbourhood of Amsterdam situated near multiple waterways in the south of the city, is the deli and catering business of Sophie Eats. Chef-owner, Sophie van Oyen, took time away from her busy schedule to talk with the Euclid Network (EN) about her personal journey as an entrepreneur and her role as host for a recent participant of the Erasmus for Young Entrepreneurs (EYE) programme.

Sophie hosted Larissa Aiex, a new entrepreneur living in Portugal. Larissa has a start-up catering business for such she has set an ambitious target of 100% zero food waste. Her main goal during the exchange was to define and create detailed plans for her new products geared towards vegans, but also designing different menu options for her catering services, studying different cooking techniques, and the development of new recipes.

Starting as an entrepreneur

The Sophie Eats deli shop is a light and airy space, boasting a mixture of print and bright colours balanced with earthy wood tones and darker elements. What is also immediately striking isn’t the interior but rather how active the shop is. Not only is there an endless stream of customers, but throughout the entire interview there is also a constant hum of activity and sometimes a clang or other competing bid for Sophie’s attention. She is often drawn away to answer questions or generally called upon to manage the hustle and bustle of her shop and business.

During rare moments of calm, she talks enthusiastically of her entrepreneurial journey and her experiences working with Larissa through EYE:

“I went to Leiths School of Food and Wine in London 5 years ago and after that I worked in a restaurant kitchen for a bit. I discovered that I learned a lot, but my passion was with catering. So, I came back to Amsterdam and started my own catering company, Sophie Eats – four and a half years ago. I started from my apartment around the corner from here. I cooked from there for the first year and a half. Until our guest room was stuffed with fridges and a big freezer and there were crates everywhere.”

She began to look for a space that would allow her to take her business to the next level, once it had grown beyond what could easily be managed from home. Enter the Kitchen Republic.

“I moved to the Kitchen Republic which is a shared kitchen, in the west of Amsterdam. There are about 30 young foodie start-ups there, and they all share a big kitchen. It’s a really, really great company. I cooked from there for two and a half years, until last summer.”

Again, growth demanded a bold move: “I had to choose. Either I am going to stay there and keep cooking at the same pace, because I couldn’t grow anymore there or I open my own shop, alongside the catering. I only knew I wanted to move somewhere new where both the shop and catering could continue. We renovated this place in 7 weeks, and we opened in mid-November 2019.”

What sets Sophie apart from her competition is her approach to food, presentation and sustainability. “We do a lot of colourful, fresh dishes. It’s actually quite simple the dishes we do, but it’s all about cooking them well. Keeping it simple, but sophisticated.” Seasonality and sustainability are also important. “All of our food is veggie focused, so we rarely use any meat. When we do use it, we get it from a sustainable farm just outside of Amsterdam called, Lindenhoff.” There is also little food waste which also contributes to her sustainability. “That’s the good think about the catering and the deli. It’s the same menu. Whatever is too much from a catering job, we use for the deli and vice versa. It works really well.”

In her own words Sophie, talks of her introduction to the EYE programme, and how the experience went:

I first heard about the EYE programme from Larissa. She sent me a message on Instagram telling me about it. We chatted more over FaceTime. Then, I had a really nice phone call with Christian. He explained everything about the programme, and that’s where it all started. The next step was for Larissa and I to create a weekly plan on what she would do the two months that she would be working here.

Larissa came with her own objectives in mind, which was good. She was very clear from the beginning that she was more interested in the catering side of Sophie Eats rather than the deli. For example, she would like to do more press events which is something that we do here every week.

She wanted to see how my catering side was run, from start to finish. From when an inquiry came in; how we deal with it and our clients; the kind of menus we suggest; the prices; the ordering from all our different suppliers; how we receive those orders in the morning; how we prep everything; and how we send it out. It was a great learning process for her.

Towards the end of the exchange, she was doing many things herself under the supervision of the team. Such as finishing the canapes for a press event, for example. Or preparing a breakfast or lunch for a catering event.

The Future for Sophie Eats

Sophie has many goals for the future. “I would love to write a cookbook one day, and I would really love to do some TV chef work.” However, those are plans best put aside for now. “First of all, we want to really establish the shop. I think we’ll work on that for at least the next year to know what’s happening next.” Of one thing there is no doubt, when it comes to hosting another young entrepreneur—the answer is a resounding yes! “I would! If I have another one like Larissa, definitely!”

If you too would like to become a host entrepreneur like Sophie, or are interested in participating in the programme as a new entrepreneur, please visit the EYE programme page and register for our next Info Session, regularly held on the 4th Tuesday of every month. 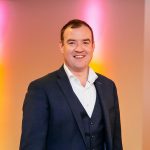 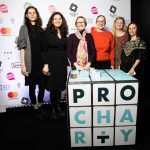