This year, the Impact Fest organised by the Impact City (part of the municipality of the city of Hague), was combined with the annual event of one of the largest European networks dealing with Impact economy and Responsible financing – EVPA (European Venture Philanthropy Association).

I attended these events representing both Smart Kolektiv, as executive director, and Euclid Network as President and Chair of the Board. Euclid Network is a strategic partner of the Impact City, and this year it contributed with two workshops, shaping the agenda of the Impact Fest in the Hague.

On November 6th, during the EVPA Annual conference under the theme New Frontiers for Impact – Building solutions for Europe’s social challenges, I had the honour to meet HRH Queen Maxima of the Netherlands, who was present at the grand opening. During our encounter, I’ve learned about her genuine interest in venture philanthropy and social investment. The Queen’s schedule for the day included visiting two workshops, but also allowed for an informal conversation together with representatives from the Impact economy sector, covering various geographies, organisations and institutions. Among them I counted the Chair and CEO of EVPA, representatives of Luminate group, the Financing Agency for Social Enterprises, Resonance Ltd and of the EU Commission’s EaSi programme.

We all had a chance to introduce ourselves and the work of our organisations/institutions. The Queen showed great interest in hearing more about the challenges we are facing and understanding the key issues and the type of results we aim to achieve through our work. Herself is knowledgeable on various topics related to Impact economy, especially in regard to financial inclusion and microfinancing. On my part, she was particularly concerned about the challenges of promoting entrepreneurship and social entrepreneurship in a post-communist society. Also inquiring whether social economy as a concept may have negative connotations in this context, as some people might perceive it as a reminiscence of the “old times”.

Queen Maxima concluded our meeting by recognising the difficulty of promoting impact economy in a society where traditional entrepreneurship has not been fully acknowledged and praised by the general society. During our encounter I also had the chance to briefly introduce the work of Euclid Network, and to stress the importance of cooperating, exchanging and peer learning in the context of Impact economy at a European level and beyond. I used the opportunity to mention that EN is proud of having The Hague as its headquarters and that we do plan to expand our work in the Netherlands as well, one step towards it being the EN Impact Summit planned for the end of March 2020.

“Queen Maxima concluded our meeting by recognising the difficulty of promoting impact economy in a society where traditional entrepreneurship has not been fully acknowledged and praised by the general society. ” 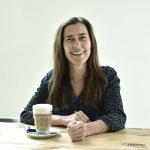 A Dutch region leading by example towards a green, open and inclusive societyMembers, NEWS 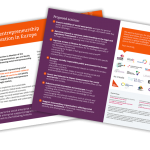