Pat Armstrong is chief executive at the Association of Chief Officers of Scottish Voluntary Organisations, or ACOSVO, a membership organisation for third sector leaders and senior staff in Scotland. Pat has worked in the third sector for 25 years and joined ACOSVO in 2003. 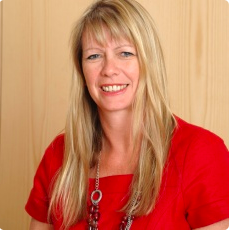 Our vision is excellent third sector leadership in Scotland, and we focus on peer support, sharing good practices and leadership development. We have almost 500 members, and we run about 50 events in a year, as well as various projects. It’s all about bringing leaders together.

Why do leaders need that kind of support and network?

Chief executives are ultimately responsible for everything; they’re also the ones acting as a conduit to the board. It’s a challenging role and can be very isolating if you don’t have a good support network. We aim to address that isolation — to provide a safe space, so that they don’t feel alone in their challenges.

What are some of the issues currently facing the third sector in Scotland?

In my time with ACOSVO, the things keeping our members awake at night haven’t changed much. It’s usually related to one of three things: money, managing change, or interaction with the board.

We’ve just done a study among 50 of our members and they’ve told us the biggest issue is sustainability.

Funding has been cut, yet organisations don’t want to reduce the level of service they deliver or the impact they make. So people are working harder and organisations are digging into reserves. There’s a big risk of burnout. If you’re not in a good place yourself as a leader, it’s difficult to manage others, so we do a lot of work around wellbeing and personal resilience.

How are changes in contracting affecting how organisations work?

Organisations are being encouraged to apply for contracts to deliver services, and to do that jointly to deliver good value. Lots of local authorities used to give out many, now they’ll only give a few, but they expect organisations to collaborate on those bigger contracts. So it’s more competitive, meaning there’s more cost-cutting. The challenge is keeping a focus on the quality of services delivered as well as the working conditions for those delivering them — for example paying a living wage instead of the minimum wage.

More collaboration means less procurement work for the authorities, but it takes time to invest in new relationships and there are risks of low return on investment and intellectual property issues. Some of our members are working in partnership with other organisations in one part of the country but in another, they’re competing. That requires quite a mature type of relationship.

Why did ACOSVO join Euclid Network?

We were one of the founding members of Euclid Network in 2007. I’ve always thought it really interesting to learn from others in different environments. That’s how we widen our horizons, get new ideas, explore the potential for working in partnership.

I did a leadership exchange through Euclid Network, with the chief executive of a children’s organisation working with Roma children in Serbia. It was fascinating being there and getting a better understanding of what they do, but one of the main things I got from it actually was seeing my own work through someone else’s eyes. For example, some things I thought I was struggling with, they saw as working well and innovative.

We’ve since developed a leadership exchange programme in Scotland where we match people across public, private and third sectors to encourage more understanding between the different cultures and ways of working.

How do the benefits of being part of Euclid Network trickle down to your members?

The leadership exchange is one example, as an idea I took from my own experience. Quite a few of our members participate in Euclid Network events. We’ve also had Euclid Network members from other EU states visiting Scotland, and we can help broker new relationships between them and Scottish organisations.

My involvement with Euclid Network has ebbed and flowed depending on capacity, but I’m feeling quite positive about the opportunities ahead. I’m keen to see where that goes.

What would be your advice to those wanting to work with Scottish partner organisations?

Firstly, that we are very open to connecting with our counterparts across Europe. They probably need to understand the Scottish context a bit, rather than just the UK one — often people don’t understand how much is devolved especially if they’re familiar with organisations south of the border. In things like health and education, the work here is quite different.

How has the political debate regarding Scottish independence affected third sector organisations?

We had one of the highest ever recorded turnouts in the 2014 referendum. There was a lot going on in terms of engagement and political awareness and people wanting to make a difference. The debate got people talking about things like: what sort of Scotland do we want to see?

For us, we were trying to have that wider conversation about what kind of future you want and therefore what you could do in your local community to make that happen. Definitely the sector did benefit from the levels of discussion.

The other side of it was that independence was so openly discussed, yet most organisations have to take a neutral stance. Many of them also get funding from the government. We don’t campaign on either side but it’s even about being careful about what to put on social media. Our members, as leaders, had to be careful about keeping their personal and professional lives separate.

How has the political context affected the sector since then?

I think there’s something around handling uncertainty — with independence and potential further devolution being discussed, along with Brexit implications. No one knows what the impact of these would be, but as a leader you just have to become comfortable with that. 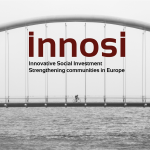 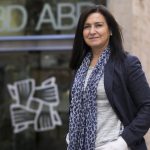