At the age of 24, social entrepreneur Nathanael Molle launched his first venture,  SINGA, a nonprofit that connects refugees with host communities.  By late 2017, SINGA was operating in eight countries and was launching an innovative business venture called  Waya. Of French-Brazilian nationality, Nathanael has lived or worked in Brazil, Mali, Thailand, Sri Lanka, Morocco and France, and is an  Ashoka Fellow  and a  Forbes 30under30 social entrepreneur. 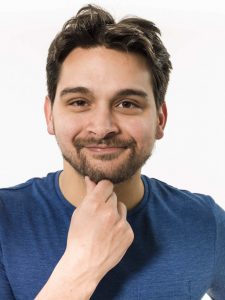 Tell us more about Waya. What does it do?

Waya aims to give newcomers access to the information, services and products they need to make a living in their new host countries. Very often, services for refugees and migrants focus on the minimum: what you need to eat or to sleep. We’re trying to go way beyond the basics, answering questions like: Where can I find food from my country? Where can I meet locals? Where can I learn the language? We’ll do that in different ways, for example if you want to get your driving licence in France, our bot can give you all the info you need, in your language. We want to use big data and AI to support newcomers with the best information possible, and to simplify the huge amount of information they face when they arrive.

What’s your proudest achievement so far?

I’d say getting SINGA to the point where we’ve been able to launch Waya.

At SINGA we have funding for the next three years, which is a bit of a luxury for a non-profit. Waya will be a hybrid business model with more diversified sources of income. Reducing dependence on public funding is important – if a right-wing government comes into power, ours will be among the first funding to be cut.

At SINGA we also met all the candidates for the presidential election last year, face to face. We gave them our views on integration and saw those priorities reflected in all the candidates’ programmes as a result. That was pretty amazing.

What can entrepreneurs learn from working with other nationalities and in other parts of the world?

I met a lady from Mauretania who wanted to launch her own restaurant here in France. She did a course on hygiene before opening her business and learned a lot but one thing that shocked her was how much food gets thrown out. She has been adamant about creating a system to reduce food waste since then. It’s a simple example of how people from elsewhere bring a different perspective.

Something I’ve learned from refugee businesspeople is that they are very user oriented. They really focus on users’ needs and are often working to create very specific solutions. 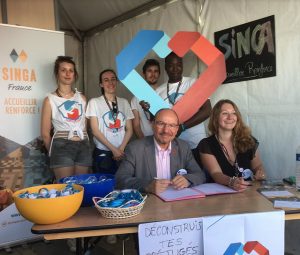 What factors have had the biggest impact on your success?

Circumstances! For three and a half years we were just working on our projects – innovating, but not getting paid. We had decided we wouldn’t look at migrants as one whole, but as individuals, and so we created programmes to respond to people on a human level.

Then in September 2015, the photo of Alan Kurdi was published. That made migration a human topic, something that brought people closer to the individuals behind the statistics.

At the time we were one of few organisations with this individual approach towards migrants/refugees, so we were doing the right thing at the right time. 2015 was also the year funding for migration started increasing.

I’d say success in any social business comes down to luck. Being able to bring the right project at the right moment in history. To do that, of course, you’ve got to be reading history well and have the right analysis of the situation – that’s where the hard work comes in.

Why are international networks and meet-ups important to your work?

It’s always been very important to us. Being part of Ashoka helped us a lot in scaling up our solution. SINGA is now working in eight countries and we have potential projects in three more countries – most of this growth happened from us going abroad, meeting people there and starting to work with them.

We’re also part of the UN Alliance for Civilisation, and part of their network for social entrepreneurs – we share a lot experience with each other.

What would be your advice to someone wanting to develop an idea for a social business focusing on refugees/migrants?

Create projects that benefit locals and refugees or migrants at the same time, that are inclusive and that allow people to see that welcoming and integrating people is something we do for society, and not just for the refugees/migrants themselves. There’s a real need for that these days, when you hear what right-wing politicians are saying.

And communicate the fact that when those two groups meet, people get on well. 99% of the time when locals and refugees meet, things work out fine.

What  other ventures  working on integration around Europe do you admire?

There’s a Dutch project that’s very simple: they train refugees and migrants to speak in schools about human rights and democracy. Young people in Europe have never known what a lack of democracy or human rights means – they don’t realise how lucky they are, and don’t realise it when those rights are being threatened. I think this is a really interesting project.

There are so many others around Europe – that’s one of the great things since 2015. Society has woken up and you now see projects being led by people who weren’t involved in refugee assistance before… When we started in 2012, it was a bit of a niche – if you weren’t a politician or into human rights, you wouldn’t know anything about migration. But now projects are bringing people in from really different fields – tech geeks, foodies, sports people – this is the new landscape, and this is what’s great about the time we’re living in. We’re opening up the topic and making it accessible and relevant to everyone.

Nathanael will be speaking at the Euclid Summit on 11-12 April in The Hague. 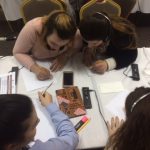 Laying foundations for a network of social entrepreneurs in KosovoNEWS, PeerEX 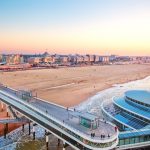