I’ve been fascinated to read up on the results of our 20 practical case studies from a European research project (INNOSI).  In this project, the researchers have taken a broad definition of the social economy which encompasses social enterprises as well as non-profits, NGOs and charities. I would like to share here some of the findings that are most relevant to social entrepreneurs and civil society leaders.

Governments involve non-state actors in welfare state reforms and, in turn, non-state actors may pilot reforms themselves, which are then adopted by governments. In the case studies, there were many examples of the redistribution of implementation roles, often expanding the importance of social economy actors.  The social economy can generate new ideas and be crucial in the beginning of small, locally based pilot actions. Innovations they initiate may sometimes be replicated elsewhere, as in the case of Green Sticht in the Netherlands, or taken up by government agencies and mainstreamed, as in ECEC childcare in Italy.

There’s a reminder of the diversity of non-profits and the strong role of voluntary action to create social impact. Faith groups are important in Germany and made significant contributions in Poland and to some extent in Hungary. Reliance on activism, volunteering and other unpaid efforts (e.g. in participation and co-production) is prominent, notably in MAMBA (on refugee integration in Germany), childcare in Italy and public-civil society partnerships in Sweden.

In others, there are strong entrepreneurial elements, such as a nursery serving the children of corporate employees and local residents in ECEC childcare in Italy; social enterprises that sell produce from land-based projects in Social Land (Hungary) and Urban Farming (Netherlands). The Alginet Energy Co-operative in Spain stands out as a successful initiative that has delivered social impact (combatting fuel poverty) and citizen activation without any form of State funding.

Social economy groups are mainly engaged in delivery but some try to influence policy. This was so in MAMBA, Germany, where the partners are raising awareness among the general public, policy-makers and employers on the precarious situation of refugees. In the public-civil society partnerships in Sweden, non-profit participants told evaluators that they have gained greater abilities to influence local policy though the partnership with local government.

Overall, there is a lack of evidence on outcomes and demonstration of the social or financial return on investments – monetary and otherwise.  The UK case on Troubled Families was an exception in that they deployed an outcome-based funding model (‘Payment by Results’). Yet its success has been mixed: neither as detrimental to service users as feared by critics nor as conducive to innovation as advocates expect.

There are some highly positive examples in the case studies of success at achieving social impact through “collaborative advantage” – MAMBA, ECEC and public-civil society partnerships are all instructive on the pitfalls (e.g. sector values, reporting, goals) and enabling factors. Social innovations may be initiated at the local level in the social economy and driven forward by “social entrepreneurs” or citizen activists. However, systemic change needs sponsors from the political level and continuity in the form of public funding – as in the Italian case on early childhood education and care. As a counter example, the Spanish Energy Cooperatives demonstrate one way in which the social economy can help to shape the future of the welfare state in the absence of state funding.

A few questions social entrepreneurs and civil society leaders could ask themselves in light of this:

There are short summaries of the 20 case studies at http://innosi.eu/461-2/. We’re running an event to present and explore these innovative services in the context of EU policies on social investment and social rights. That will be on Friday 13 October in Leuven, near Brussels – find out more. 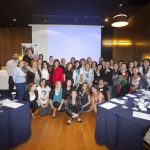 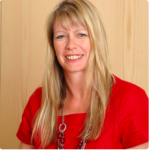